As a long time Android user (since HTC Hero back in 2009 mind you), the release of iOS 7 finally caught my eye. Sure, I wouldn’t be able to root my phone and install custom roms and kernels on my phone, but I’ve always loved Apple’s polished user interface and ease of use. So yes, it’s been a while since I’ve itching to own an iDevice. Finally, there was a 1 hour flash sale from Wireless 1 which was selling the iPad Mini Retina for AUD$383.

Here are some apps that I’ve been using so far after a month using my iPad.

Alien Blue is a Reddit client. Incase you do not know what Reddit is, Reddit is a social networking and news site where registered users can submit contents. Unlike Bacon Reader, I’ve felt that Alien Blue feels more light weight. Alien Blue only cost me USD$4.99 which is the same price as a cup of coffee. 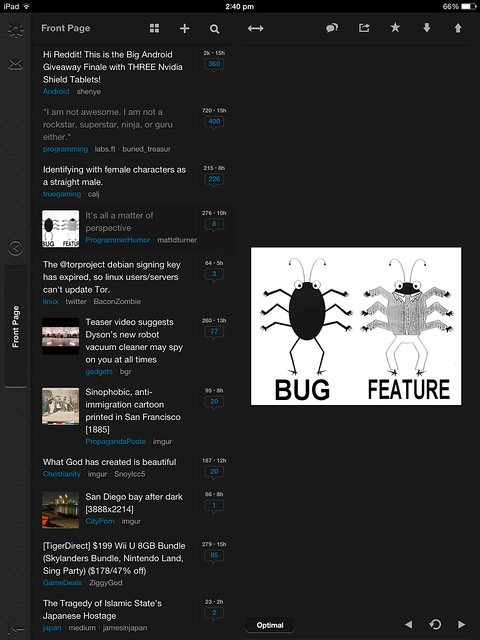 Like me, if you’ve moved to Feedly from Google Reader, you might want to check out Newsify. Newsify allows you to sync with Feedly and download your unread items into your iPad. Newsify is free but it’ll come with advertisements. I’ve used it so much that I end up buying it. 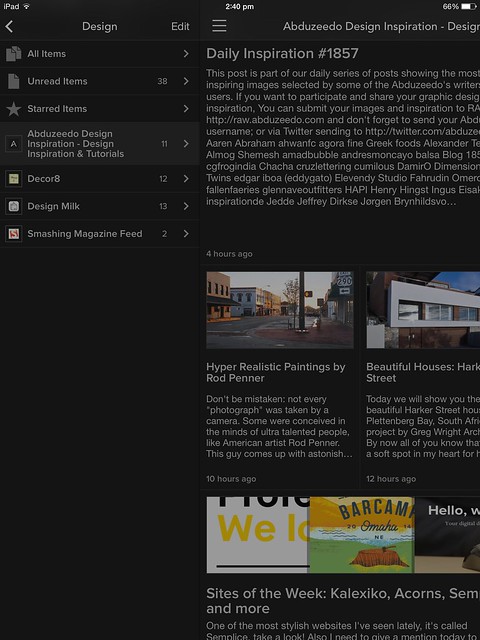 CloudMagic was free a few weeks ago, so I’ve decided to download and test this email client. CloudMagic is an email client that allows you to sync your email from multiple email accounts. I’ve only tested with GMail and my work’s exchange email. Seems to be working well for me. 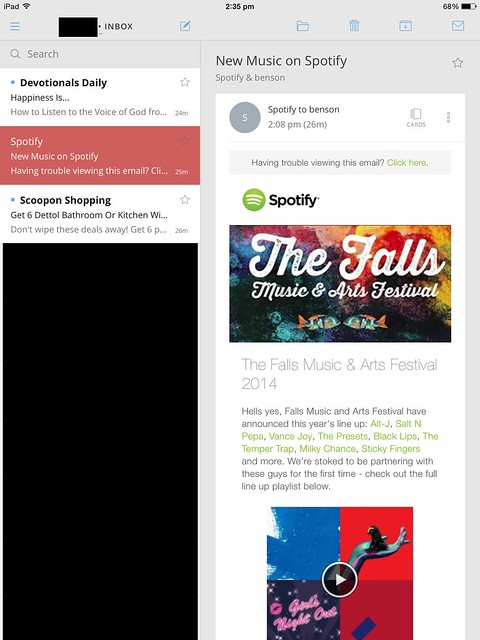 Evernote is a cloud based notepad that allows you to sync your notes from your tablet, computers or your phones. I find it extermely useful for me to write down my tax claims, songs, poems, thoughts and lectures. 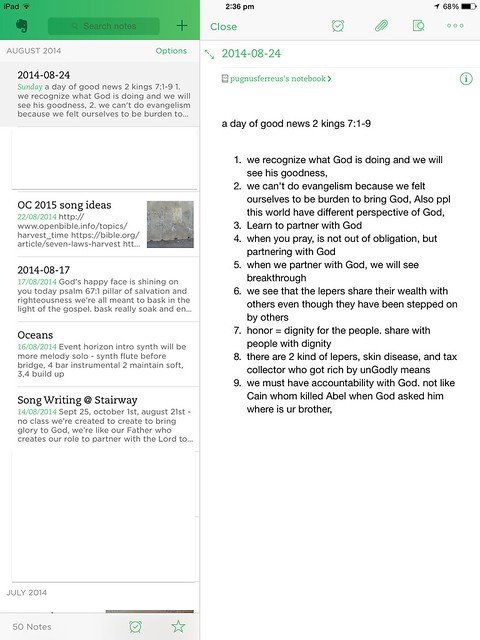 Spotify allows you to stream music from the internet. If you’re willing to pay for the premium membership, you can download the songs into your device so that you can listen to the songs when you do not have any internet connectivity around. 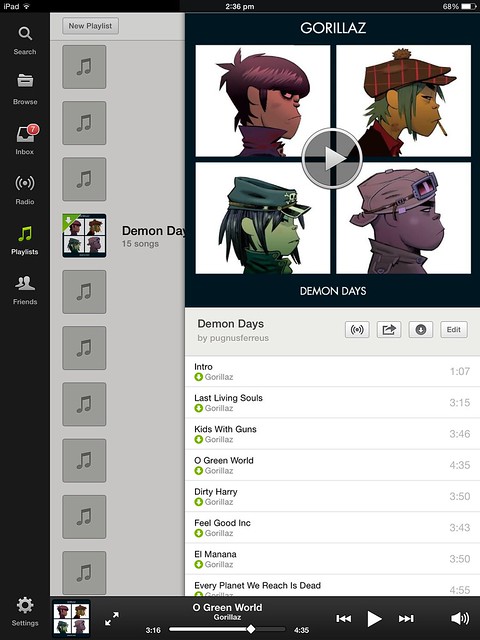 I’ve been using this version of the Bible since the day I owned the HTC Hero. This app allows you to bookmark, highlight and switch between the versions of Bible. 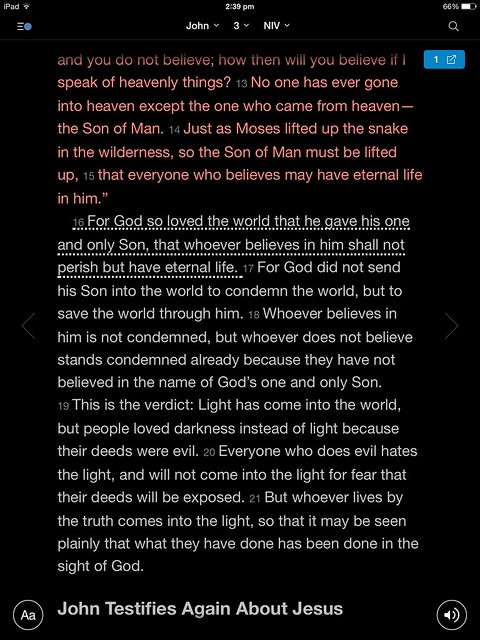 As a synthesizer player, I enjoy the simplicity and ease of Garage Band. This app allows me to record or even be a synthesizer as well. The app is free, but I would recommend buying the extra sound contents which is part of it’s in app purchase. 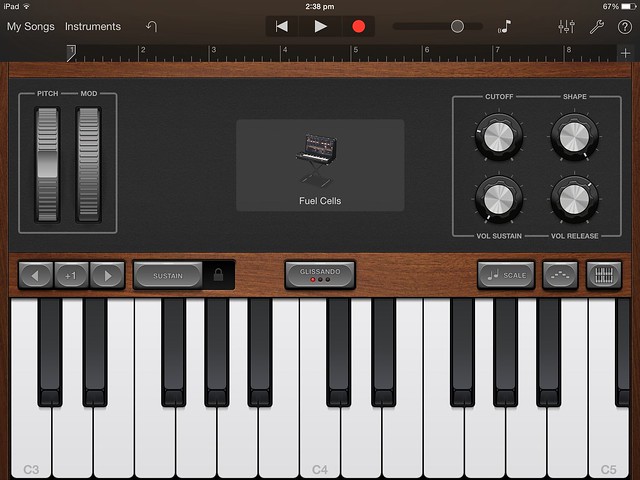 I’m not a DJ but Novation’s Launchpad is quite fun to play with. The basic EDM has alot of catchy beats and tunes. So if you need to impress some one, try Launchpad :) 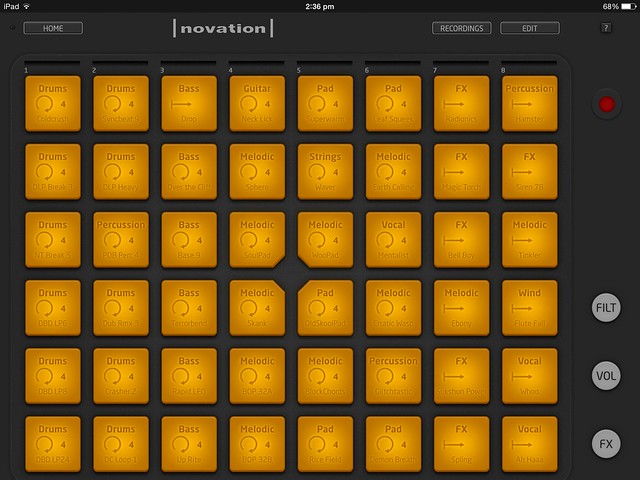 Another fun app from Novation, the Launchkey is another Synthesizer app that I use. 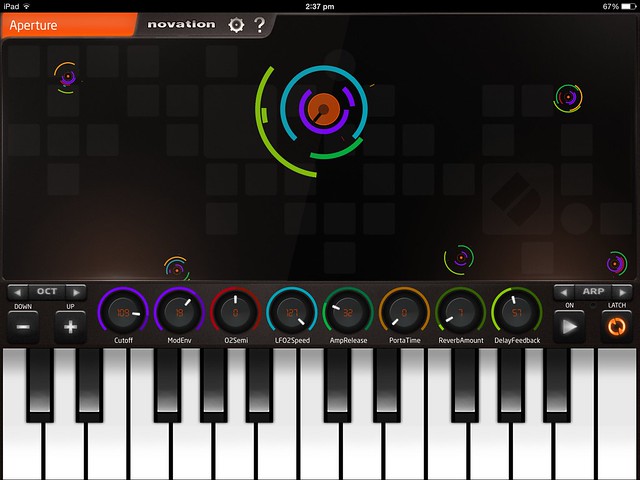